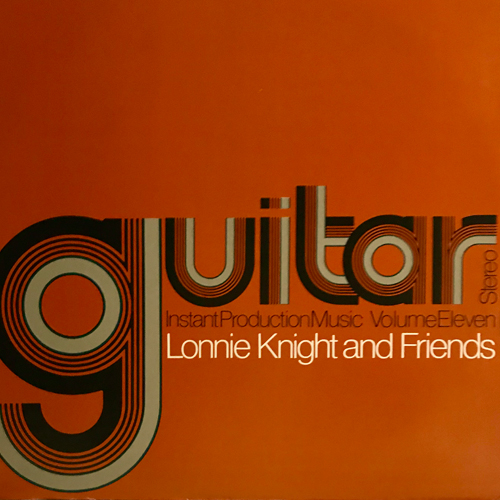 In this album we have attempted to create songs that are as enjoyable to listen to in their own right as they are useful in production. I have added a rhythm section on some things, consisting of Bill Barber on piano, Fender Rhodes and clavinet, Gordy Knutson on drums and Flim Johnson on bass.

Two Stops, No Glory, the opening number, was originally conceived in the middle of a night drive between Rockford, Illinois and Austin, Texas. It is subtitled The Turnpike Oasis Song, dedicated to the glory of the all-night highway cafe.

Song for Pamela is for my wife. It’s a sort of Greek-flavored sonata (don’t ask me why). The odd-sounding instrument in the second section and the end is the Arp Avatar guitar synthesizer.

Tom Vogeli plays cabasa on Second Day of Spring. The song was written on the second day of spring, 1978. So much for mysteries.

I’ve been performing Old Words and Whiskey with lyrics for several years. This instrumental version on harmonica and guitar is dedicated to Will Gear, one of the great actors of our time.

The rhythm section returns for Jeffrey Likes Loud Music, some blatant rock ’n roll for my 8-year-old son, who is all about Star Wars and Shaun Cassidy, driving me right out of my mind.

The Loch Ness Minstrel began as an idea with one guitar and 8 voices scat-singing the melody and harmony lines. I think it was the clavinet that changed all that.

Long After Midnight is a jazz-flavored ballad that I wrote while reading a collection of Ray Bradbury stories under the same name.

I walked into a little saloon in a tiny town halfway between Chicago and Green Bay one Sunday. The Bears and Packers were having at it on the TV set above the bar. There was more action among the patrons than there was on the screen. Small Town Football began with lyrics, but I realized they were unsuitable for mixed company. The trombone licks are played on the Avatar.

Van Gogh, the man as well as the artist, has always held a particular fascination for me. Vincent’s House at Arles and Auvers in the Rain,1890 are my small tribute to the misunderstood genius who brought such beauty and passion into the world.

Special thanks to P.M. and T.V. for their superb engineering and caboosing, to Pam and Jeff for inspiration and bulb squeezing, to Don Voegeli for letting me stretch out and for saving the Cherries, and to you who use these records, for making this one possible.